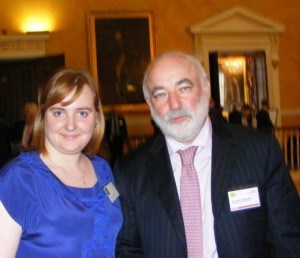 National Space Centre atteded the two-day Skolkovo Roadshow in London on 14 & 15 February 2012, where a delegation of senior executives from the Skolkovo Foundation were in London to showcase opportunities for universities, institutes and businesses to gain funding from Skolkovo through joint research/commercial projects in key areas, including Space & Communications.