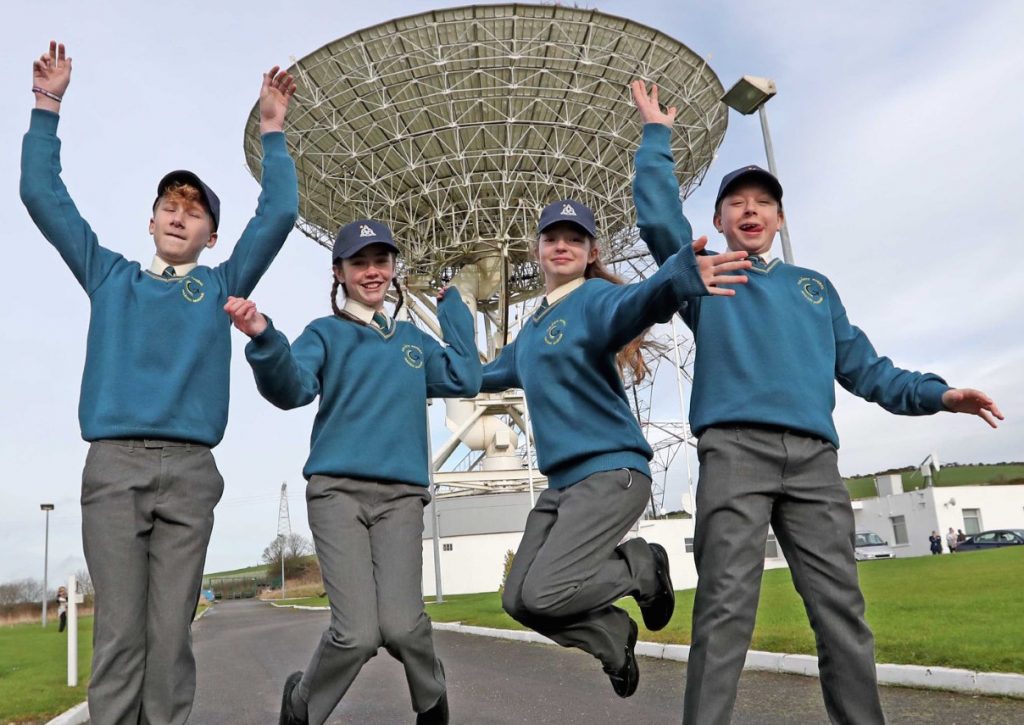 National Space Centre was one of two ground stations which collaborated to establish radio contact between a French school and a French Astronaut currently on board the International Space Station (ISS) on February 14th 2017.

ESA Astronaut Thomas Pesquet has been been answering questions from primary and secondary schools from Ireland, Romania and Portugal whilst on board the 6 month mission entitled ‘Proxima.’

Proxima was deployed in November 2016, and Pesquet is currently on the 6 month mission conducting scientific experiments whilst circumnavigating the earth.

Alongside, the experiments carried out on board, education and inspiring youngsters is another core element of Proxima.

The direct link up with the French Astronaut was facilitated by the ISS tracking antenna at National Space Centre, Elfordstown Earth Station, Cork, and it is with these calls Pesquet is determined to ‘work as an ambassador for science and space based careers.’