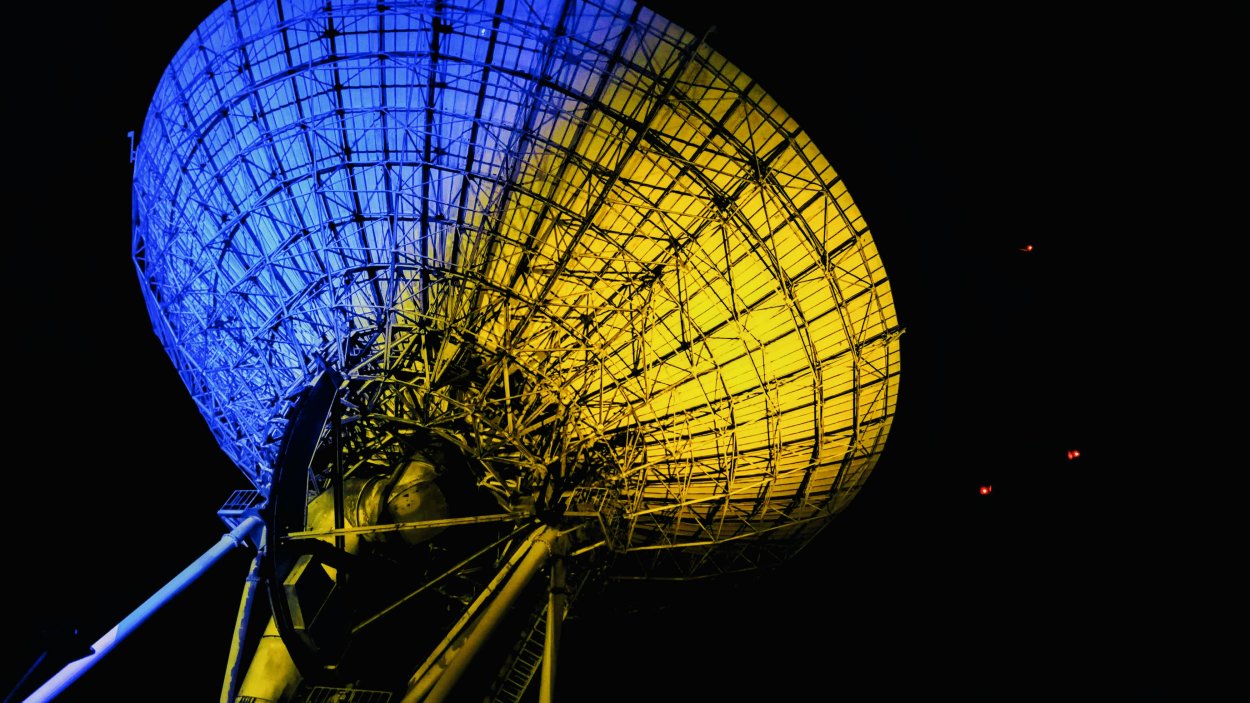 The National Space Centre (NSC) is flying the colours of the Ukrainian flag on its iconic 32-metre dish outside Midleton. The spectacle is just one show of support for the humanitarian convoy organised between local voluntary organisations Cork Penny Dinners and Cork Missing Persons Search and Rescue (CCMPSAR) currently en route to the border between Poland and war-ravaged Ukraine.

NSC CEO Rory Fitzpatrick was contacted by CCMPSAR’s Kieran Coniry as plans were being pulled together for the humanitarian mission transporting 13 tonnes of medical supplies and provisions. “We were more than happy to support the transport team with a donation towards fuel as well as with communication support. We are grateful to Starlink for working with us to facilitate that.”

The National Space Centre is the home for Elon Musk’s Starlink satellite broadband ground stations in Ireland, and Fitzpatrick was Ireland’s first beta-tester for the home internet service. A small Starlink satellite dish is travelling with the Ukraine-bound team to provide emergency backup communications.

Operations Manager Mark Gibney, who’s idea it was to light the dish in solidarity following similar illuminations from the Eifel Tower to Niagra Falls, wished the team well. “We commend them for this initiative and wish them a safe journey,” he said. The group, which left Tuesday, is now in Germany and is on schedule to reach Poland by Friday.

Tags: ukraine
We use cookies on our website to give you the most relevant experience by remembering your preferences and repeat visits. By clicking “Accept”, you consent to the use of cookies.
Cookie settingsACCEPT
Manage consent