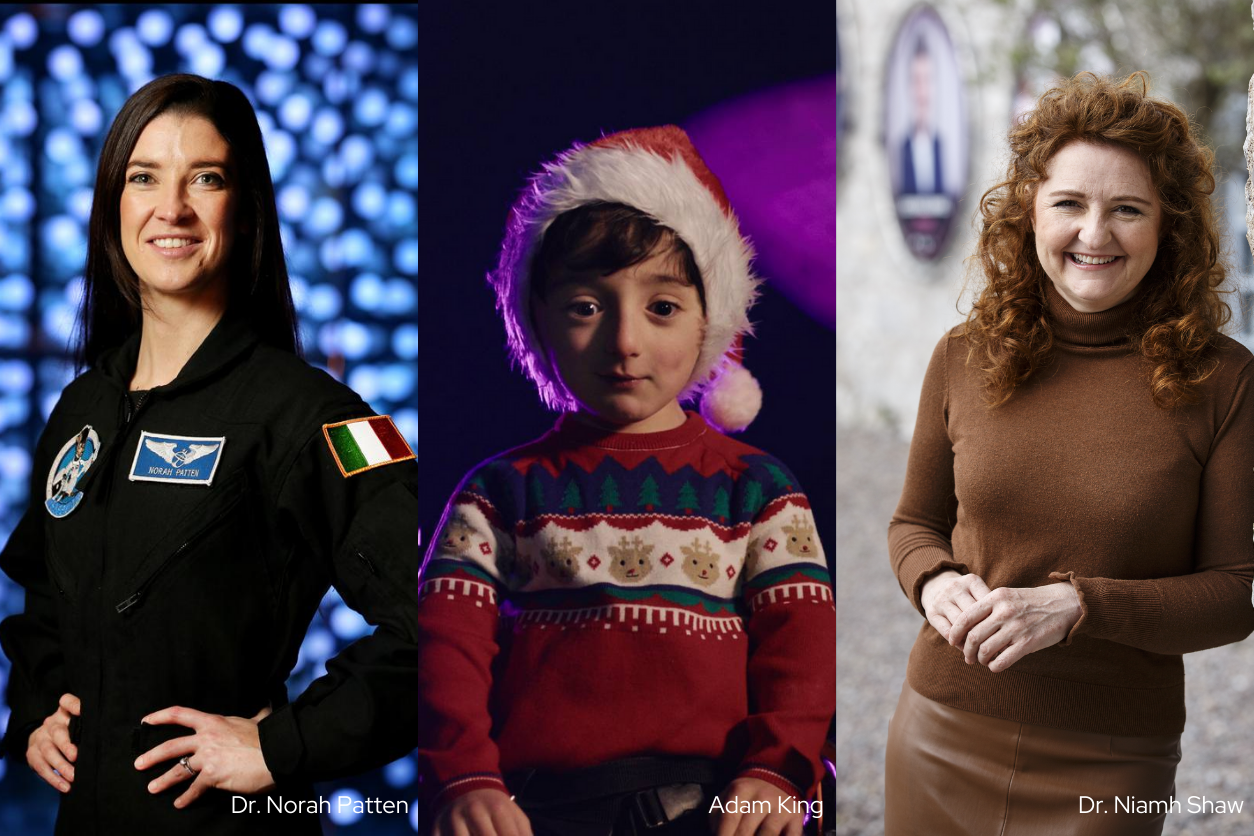 This year, the end of Engineers Week coincides with World Book Day, Ireland’s biggest annual event promoting the enjoyment of books and reading. We’re happy to celebrate with a free book give away featuring three books about three people in Ireland who are working to make their space dreams a reality. Whilst there has never been an Irish person in space, these two engineers and one aspiring engineer have cosmic ambitions and are sharing the adventure with fans through books.

Dr. Norah Patten, from Ballina in Co. Mayo, is an aeronautical engineer and obtained her doctorate in Aerodynamics in 2011 from the University of Limerick. She first visited NASA as a little girl, launching her dream to become an astronaut. In 2017, she was one of 12 participants from around the world selected to take part in the unique Project Possum scientist-astronaut training programme in Florida.

Her book, Shooting for the Stars, inspires and encourages children to dream big by sharing her adventures in space travel, astronaut training and life without gravity. She also shares information  including how long it takes to become an astronaut and how astronauts go to the toilet!

Six-year-old Adam King came to national attention this Christmas with an unforgettable appearance on the Late Late Toy Show. We were delighted to host him for a special visit to the National Space Centre to help him explore his love of space and his dream to become a CAPCOM, a flight controller for space missions.

But before he inspired the nation, Adam was the inspiration for his father’s book, But Really: Adventures with a Difference, highlighting children and families who live with additional needs. This book carries a universal message of empathy, hope and daring to see difference as a world of adventure.

Follow: @Adventures_WAD | Read: But Really: Adventures with a Difference

Dr. Niamh Shaw graduated from University College Dublin in 1990 with a BE in Mechanical Engineering, followed by a Masters and a PhD in Food Science in 2001. In 2014, Niamh stepped out of a full-time academic career. Since then, she’s made it her life’s mission to get to space as artist and citizen, rather than astronaut, and fulfil her childhood dream to go to space. In 2015 she participated in the International Space University Space Studies Programme, and in 2017 she completed a simulated Mars mission at the Mars Desert Research Station in the high Utah desert, which she shared with us during our Mars Landing Watch Party.

Her new book, Dream Big, shares how rather than regret an abandoned dream, she began a journey to space she is determined to finish. Along the way she is also inspiring people to love science as much as she does and to remember that we must fight to be the person we are destined to be.

Enter for a chance to win!

This draw has now closed. Thank you to all the participants and congratulations to all of our winners!